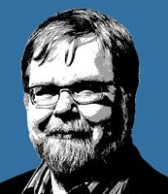 Mr. Teuvo Peltoniemi, Director of Sosiomedia Oy, is a science writer and journalist, researcher and trainer specialised on social and health topics, emigration, environment, medicine and technological issues. He has written, edited or translated 18 books on alcohol, drug policy, family violence, utopian emigration, traffic and telematics. He regularly writes general and scientific articles and presents papers at national and international conferences so that number of titles in his CV is over 500. He has produced into Finnish about 150 international prevention and training video programs on health and social topics.

Mr. Peltoniemi has MA and Lic. Soc. Sc. degrees in sociology, social policy and mass communication from the Universities of Tampere and Helsinki. He shares his time between Helsinki, Finland and Fuengirola, Spain.

Mr. Peltoniemi has worked over 20 years at the A-Clinic Foundation in Helsinki, Finland, e.g. as Communications Director and Editor-in-Chief of Tiimi Journal and AddictionLink. He has previously worked as a university teacher and researcher as well as journalist for radio, television and printed media, and developed domestic and European prevention projects. He has organised about about 40 joint media seminars and presstours in various European countries for Finnish and European journalists, scientists and health professionals.

Mr. Peltoniemi has received a number of Finnish and EU awards. The Ministry of Education and Culture awarded him in 2011 the “State Life Work Award on Public Information”. In 2006 he got the _“Special Prime Minister,s IT Award” , He was the “Press Officer of the Year” in 2006, and the “Science Journalist of the Year” in 2007.